Why Brazilians aren't learning English (and how to solve this) 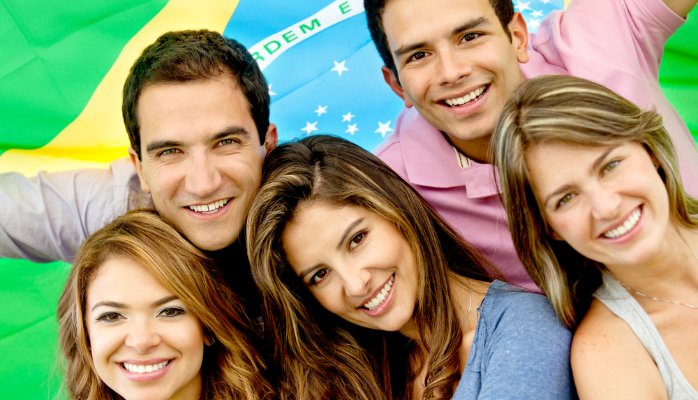 Why Brazilians aren't learning English (and how to solve this)

I have been teaching English in Brazil for a while now. I have been fortunate enough to be running a school in São Paulo which offers only Gringo teachers, this has given me the chance to meet many students over the years.

Many amazing students, highly intelligent people coming from a multitude of backgrounds. Although there is one thing that the vast majority share in common:

A sense of embarrassment about their English that significantly hurts their future progress in learning the language.

This sense of embarrassment has a significant effect on anyone who is learning a second language. It essentially boils down to fear of getting the language wrong. Most of us hate to appear stupid to others, and expressing yourself in a second language is especially frustrating because you simply can not express yourself like you know you can in your native language.

I have experienced this a lot myself with my Portuguese. If I feel that I can't really say what I want in a correct way, I simply don't say it. That hurts me a lot because I end up avoiding opportunities to make mistakes and learning from them. I notice the exact same behaviors with most of my students.

So if I were to offer one piece of advice to those wanting to learn a second language it would be the following:

Make mistakes, whenever you can. Know that you are going to butcher the language, simply don't care about that. You're getting your idea across right? Screw up and then learn from your screw-up.

You see, the ability to speak English in Brazil is increasingly becoming a necessity. Those that do speak the language end up earning a significant amount more than those who know only Portuguese. Plus, there are many people in the country who plan on leaving and moving to Anglophone countries. For many, English is the key to obtaining a higher quality of life.

So go out there and learn, but keep in mind that there will be barriers to learning a language just like with anything else. Do everything in your power to remove these barriers so you can achieve your goals as fast as you can.