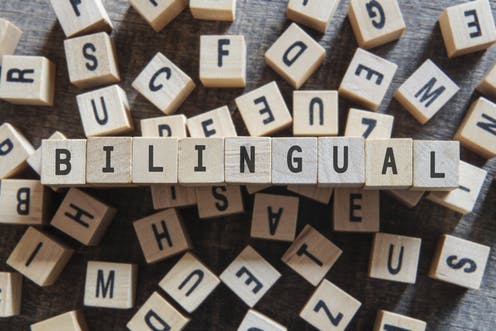 So if you are reading this article, you might belong to the bilingual world and your brain may work different than your monolingual friends. Language ability is typically measured in two active parts: speaking and writing and two passive parts: listening and reading.

There are three types of language learners:

Let’s talk about our brain; is divided into two hemispheres: The left side is more logical, analytical and the right side is more emotional, social, creative.
The critical period hypothesis explains how children learn easily because of the plasticity of their brains; they use both hemispheres.

Lateralization is how adults learn, usually using more the left side which is less emotional when learning a language. It’s more rational.
So the advantages on the brain are even visible through studies showing a higher density of the grey matter where our neurons and synapses interact. It also shows more brain activity in certain regions when speaking a language. It’s also known to delay the onset of diseases such as Alzheimers and dementia.

There was a study conducted before the 1960’s which concluded that bilingualism was a handicap and slowed children’s development. Obviously it was a flawed study. Recent studies have shown that the effort and attention using two languages triggers more activity in the brain, especially in the dorsolateral prefrontal cortex which controls our executive functions such as problem solving, changing tasks and focusing.

Even Though bilingualism may not make you smarter, it sure makes the brain healthier, more complex and actively engaged.